The design of the mobile enclosure is patent pending (US63/107,203) and available for licensing.

I designed and managed the creation of the Dog House, including doing most of the fabrication myself. Based on a modified version of the Aqawan enclosure, the roof consists of two clamshell halves which open with a compound sliding and rotating motion. The mechanical geometry is specifically designed to clear the wheels of the trailer while providing the largest opening with low sky horizon obstruction, and minimum outboard displacement. Uniquely, the roof is stable under gravity in both the open and closed position without the use of counter-weights. This is beneficial for transport as the roof will not unintentionally open, even if there is a mechanical failure during travel.

The Dog House is built on top of a drop-deck Air-tow brand trailer. When parked, the entire bed of the trailer is lowered via a hydraulic lifter until the weight rests on the ground and not on the wheels. This produces a stable enclosure without use of outrigger jacks. The Dog House is quickly and easily deployed with minimal site infrastructure requiring only a power source and some form of internet access. Inside, the Dog House includes a array of features including climate control, weather monitoring, redundant power, and multiple fail-safes. 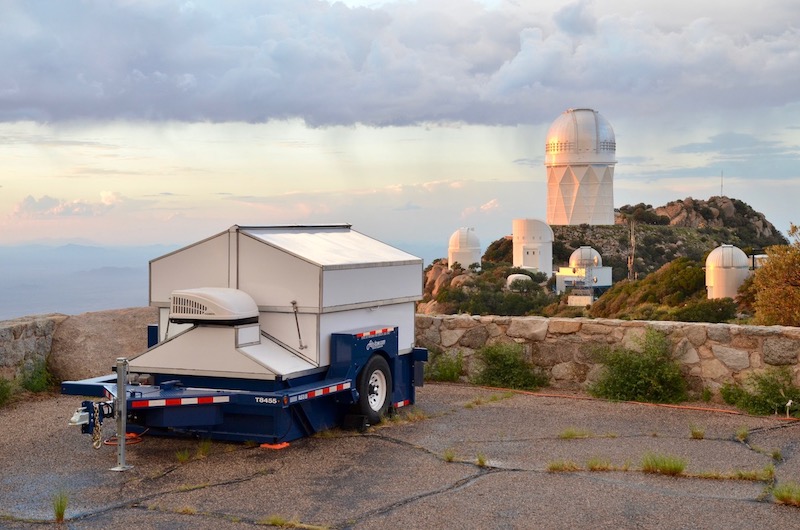 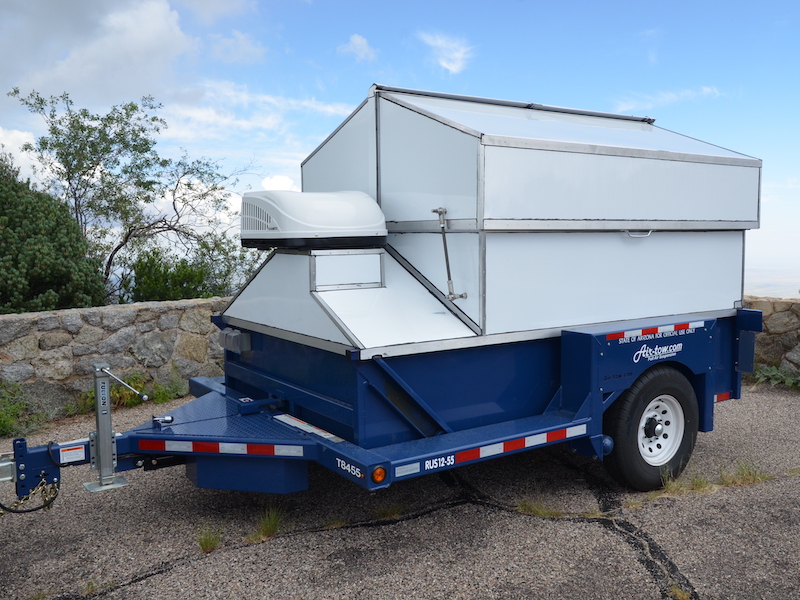 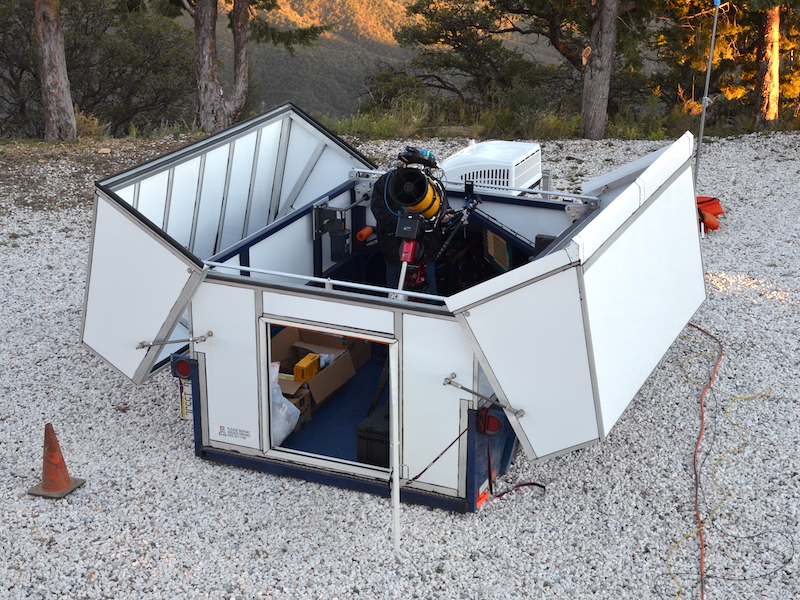 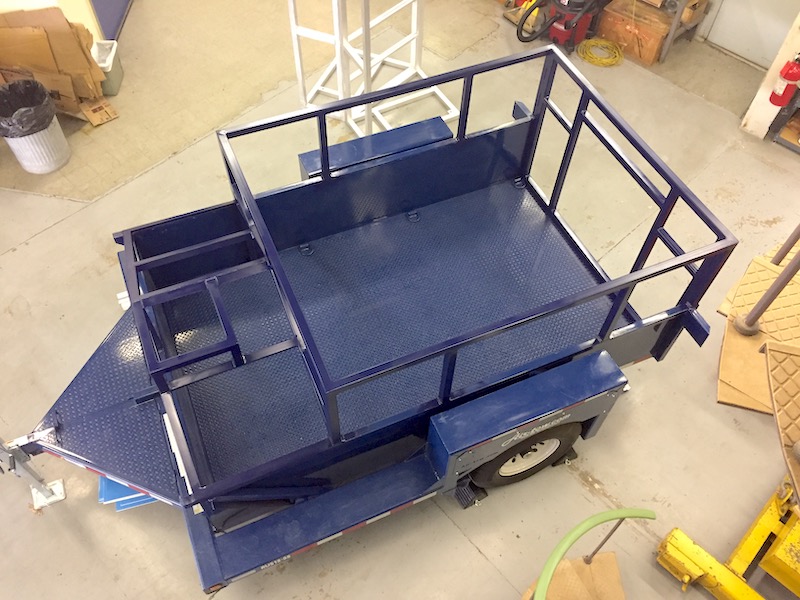 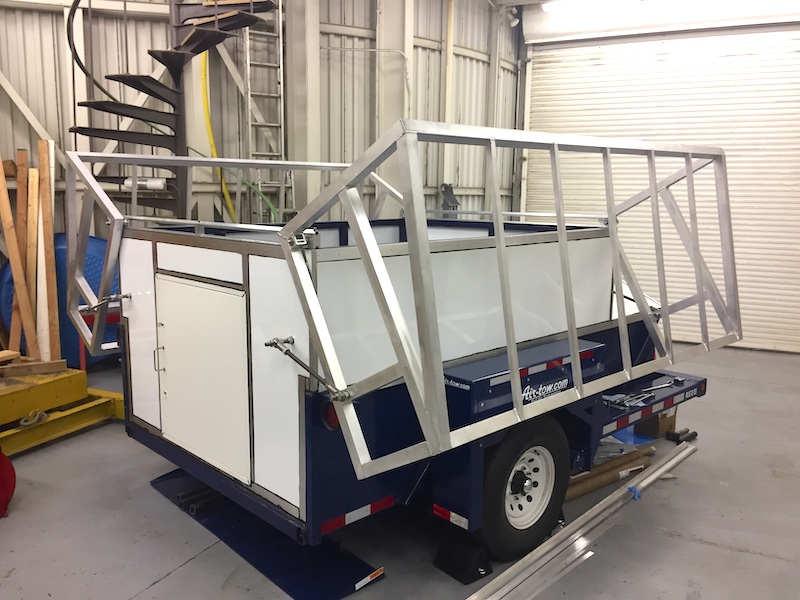