2020 SO is a near-Earth object first discovered by the Pan-STARRS survey in September 2020. It was initially suspected of being an artificial object becuas of it's orbit which is highly unusual for a natural asteroid. Reverse propogating the orbit indicates the object is likely the rocket body which carried Surveyor 2 to the Moon in 1966. The rocket body had continued past the Moon and was lost in a helio-cenrtic orbit.

In November 2020, I observed 2020 SO on consecutive nights during it's closest approach to Earth. Using the Chimera high-speed photometer I produced light curves which showed a 9 sec rotational period, much faster than any known asteroid. Furthermore comparing the light curve characteristics to other objects, it shows features which closely match those of Centaur D rocket bodies from the same era. The same type which carried Surveyor 2 in 1966. This is the first time we (or possibly anyone) have ever used high-speed photometry to positivley identify an unknown space object.

Later spectroscopic observations also indicated spectral features consistent with the Centaur D. Though spectroscopy alone may not be able to differentiate different rocket bodies with the same fidelity as high-speed photometry. 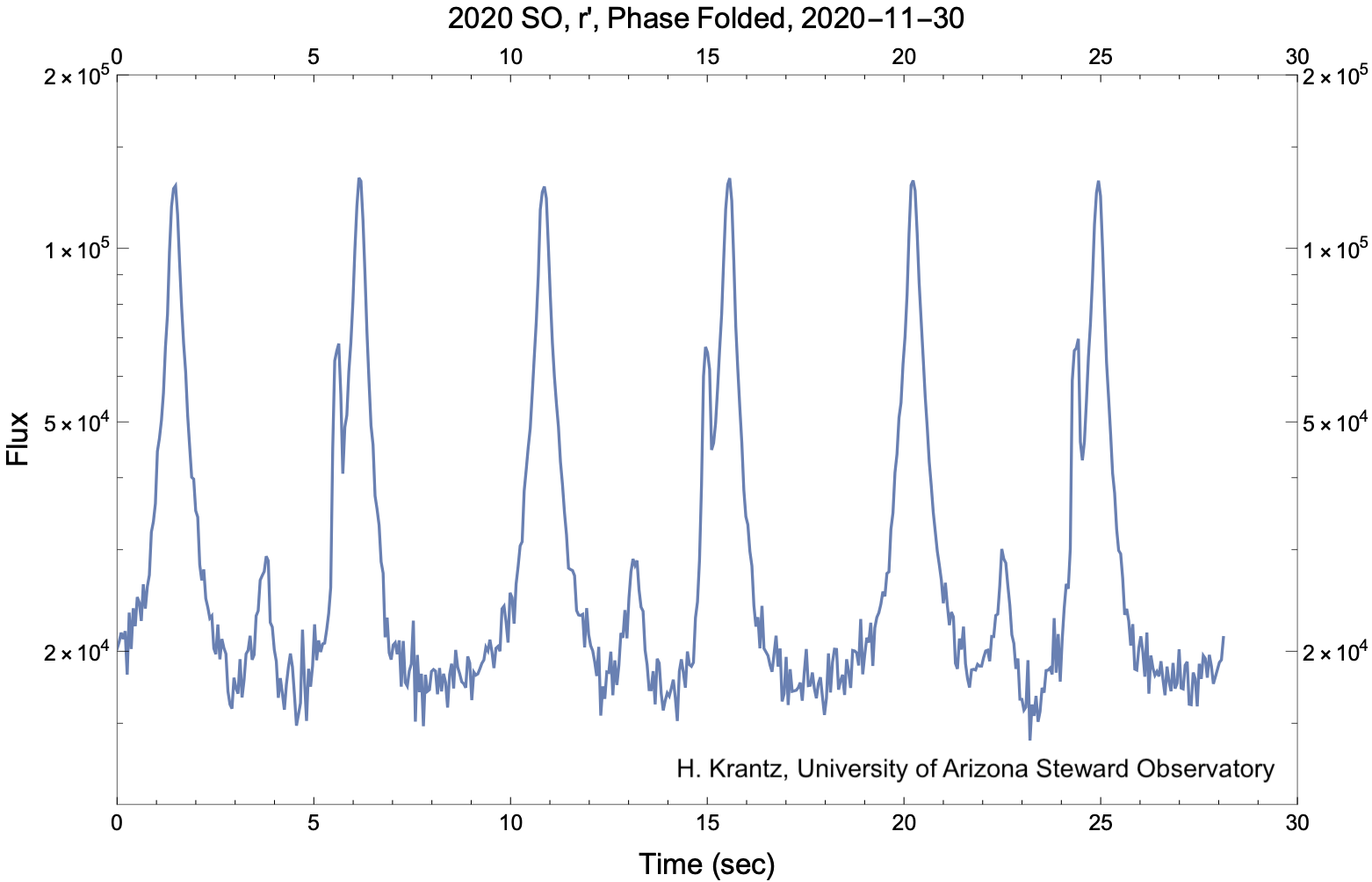 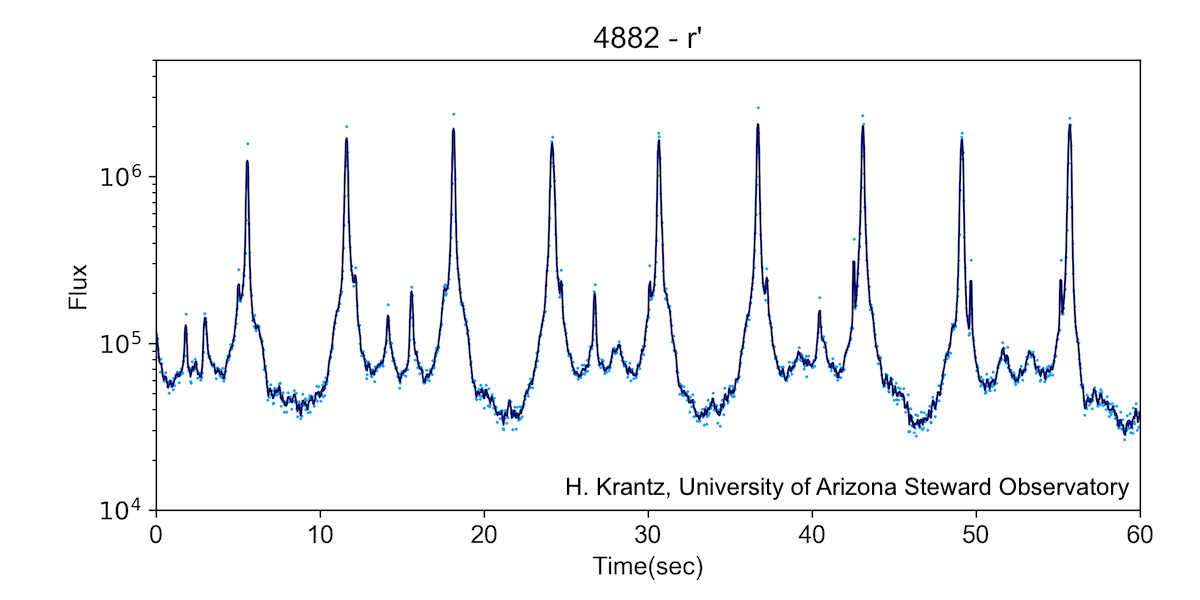